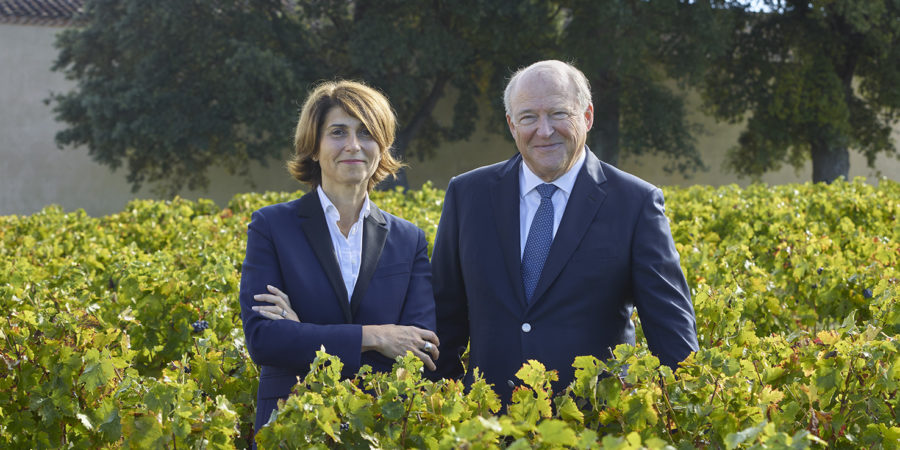 Tasting through every vintage of Phélan Ségur’s wines back to 2010 shows an estate at the top of its game, says Jane Anson, who also reports on the investment plans of new owner Philippe Van de Vyvere.

When Belgian shipping magnate Philippe Van de Vyvere arrived at Phélan Ségur in late 2017, he joined an appellation that has seen not only 20% of its estates change hands over the past decade, but one that has an unusually high number of Belgian owners. There’s Baron Velge at Château Côme, Chris Cardon at La Haye, Gaëtan Lagneaux at Petit Bocq and now Van de Vyvere; not bad considering St-Estèphe has just 58 independent winemakers.

Beyond the appellation, they of course join other Belgian owners in Bordeaux, from the Thienpont family at Le Pin and Vieux Château Certan in Pomerol to the Bonnies at Malartic-Lagravière in Pessac-Léognan.

Van de Vyvere, who was born in 1953, was best known as a wealthy shipping magnate before his arrival in Bordeaux.

The Figaro newspaper lists him as a director of vast shipping conglomerate Ets Maritime de Caronte et de Fos, but he is understood to be involved with other related companies. These include Sea-Invest and Sea-Rail, according to Bloomberg. This is his first wine investment, but one that clearly could be a game-changer for Phélan Ségur, which had been owned for the previous 30 years by the Gardinier family.

Phélan was the highest profile St-Estèphe estate to change hands since Calon Ségur in 2012.

It grew in stature under the Gardiniers to become one of the most celebrated in estates in the appellation, despite shrinking from 90ha at its height to 70ha by selling land to Montrose in 2010.

The Gardinier brothers, Stéphane, Thierry and Laurent, live in Paris. From here, they run a highly successful gourmet empire comprising Les Crayères in Champagne, Le Taillevent restaurants in Paris and London, and – since 2018 – the iconic restaurant Drouant, as well as a new caviar business named Comptoir de Caviar.

They brought glamour and international renown to Phélan, but hospitality is a notoriously money-hungry business, as are wine estates, and the new ownership structure gives more breathing room to Phélan.

Fresh investment Van de Vyvere has already begun to invest by replanting 3ha of vines in 2019. Further plans for another 3ha of new vines in 2020 have had to be slightly altered due to COVID19 and are now down to 2ha. 3 A project is also underway to plant a significant number of trees and plants under the supervision of English landscape gardener Tom Stuart Smith over the next three years. A large area directly in front of the Château will be given over to indigenous perennial plants, alongside a pond to encourage wildlife. In 2021, cows will be reintroduced to the land alongside the Gironde Estuary. There are also experiments in organic viticulture, with 4.5ha of vine already converted, although there are no plans to be formally certified. Phélan Ségur was already a precursor in green farming, with no pesticides used since 1998 […]. The new owner clearly plans to build on “…(the Gardinier’s)…” work […].

The Phélan vineyard The focus today is less on chemical usage and more on future-proofing the vineyard – a question being raised across the region right now.

Recent developments have included planting a small amount of Carménère and Malbec on certain plots of gravel to see if they better withstand the very hot summers that have been seen recently, and which can cause issues even with Cabernet Sauvignon.

In the same vein, back in 2013, plots of Petit Verdot were also introduced and Cabernet Franc plantings were increased slightly.

The vineyard of Phélan is laid out across four main sections, largely clay-gravel although with some areas of sandygravel that can be more challenging in hot dry summers like 2018 and 2019, and may benefit from these different varieties.

Renovation for Phélan’s cellar In the cellar, optical sorting has been in place since 2011, and there are plans over the next few years to fully renovate the cellar and winery. Specifically, the teams wants to improve its environmental impact through water recycling and the capture of CO2, similar to techniques used at both Montrose and Smith-Haut-Lafitte. And the château building itself will see a few renovations, too, under the guidance of Belgian architect Axel Vervoordt.

The dining room will be renamed ‘the Irish room’ in a nod to Bernard Phélan, another foreign owner who was here in the 19th century. He built the château and gave the estate half of its name. This vertical tasting, spanning a decade of wines, showed an estate that is at the top of its game. For me easily, Phélan Ségur is the St-Estèphe estate that would most likely be classified if the 1855 ranking was ever redone, which it won’t be. Most importantly, this estate offers wines that are consistent across vintages with a clear personality.

Even at 10 years old this is fairly closed and austere, but there is so much to look forward to. It’s a serious wine that deserves your full attention, and would definitely be ready to go with a good hour or two in a carafe. But don’t just open and drink, because it needs time to let the fruits soften, and to release the myriad layers of liquorice, cigar box, chocolate and black berry flavours. Very impressive, easily rivalling classified wines in this vintage. 3.67pH. Harvest from September 5 to 28.

Unusually in terms of my recent experience, this is tasting far more plump and inviting than the 2011 right now – with well defined and purely-delivered cassis and bilberry flavours, some creamy texture and enjoyably confident tannins. It has a bright, fresh finish with crushed mint notes and plenty of St Estèphe power. 3.72pH. Harvest from October 8 to 19.

Soft ruby in colour, medium intensity, and firm berry fruit aromatics that also comes through on the attack. This is a successful wine for the vintage, with a feeling of balance and elegance, flavours of soft truffles and smoked earth, with a gentle tannic grip. One to begin drinking now for sure, but there’s no hurry to drink up, and this is a great food wine, as it has delicacy but complexity. 2.6pH. Harvest from October 2 to 15.

2014 was an up and down vintage across Bordeaux but one that saw particular success in St Estèphe, and it’s great to see how well this is doing at six years on. There is clear depth and interest to the brambly fruit on the nose – it unrolls on the palate and makes you feel it has more to give. Could easily drink now although the tannins will integrate further, and should stay at this plateau for a good decade or more. The tannins are slightly chewy, they have give in them and contribute to the feeling of fullness and confidence through the palate. Notes of dark chocolate with St Estèphe power – austere on the finish right now but so juicy and mouthwatering that you’re happy to be patient. 3.7pH. Harvest from September 29 to October 14.

Touch of reduction on the first nose that needs time to clear. This has ripe red fruits, liquorice, crushed stone, and some lovely grilled cedar oak notes, but it feels more evolved than I expected at five years old. A number of 2015s are closed right now, so this may be the case here, but for sheer pleasure my money would be on the 2014 if you are looking to drink soon. 3.79pH. Harvest from September 29 to October 10.

Gorgeous brambly blackcurrant and cassis fruit on the nose with touches of hawthorn brambles adding acidity and freshness. This is closed and yet you can clearly see the muscle and potential of what is going on in the glass. Just a stunning wine, proof once again of how 2016 is an outstanding vintage in Bordeaux. Tons of St Estèphe typicity, tons of confident tannic hold, this is excellent and delivers exactly what you want from this vintage. Great stuff from Phélan Ségur. A fitting last vintage under the Gardinier brothers. 3.64pH.

Ruby red colour, medium intensity, fairly delicate in structure with floral notes on the nose. This unrolls in the glass, but it is quieter than many of the other recent vintages as it reflects the cooler summer. One that you need to sit with and allow to open but once it does the blackberry fruit is clear, and gentle smoked cedar and cigar box notes add complexity. New owner, Philippe Van de Vyvere as of this vintage. Harvest from September 14 to October 4. 3.74pH.

An excellent vintage at Phelan Ségur, displaying a real sense of power and forward motion. Big tannins encircle the fruit, this is muscular, full of liquorice and just-bitter-enough dark chocolate, pencil lead and crushed slate. One to savour, and one that will age. One of the best in the appellation in this vintage. A yield of 48hl/ha. 3.8pH.